Currently I'm based in San Francisco, exploring new ventures as an entrepreneur and designer. Feel free to reach out with business inquiries or potential ways to collaborate.

Previously at Lyft, I was a staff designer and founding member of the Bikes & Scooters team and Self-Driving platform. During my tenure, I received over 15 design patents - the most patents awarded within the company.

Prior to Lyft, I was a co-founder of Camoji, a simple GIF camera. We were featured by Apple, downloaded over 1MM times, and ranked 4th in the Photo & Video category of the App Store. Camoji was acquired by Lyft in June 2015.

I grew up in Skokie, a suburb north of Chicago. I studied engineering , economics and design at Northwestern University. On most days, you can find me riding my bike. 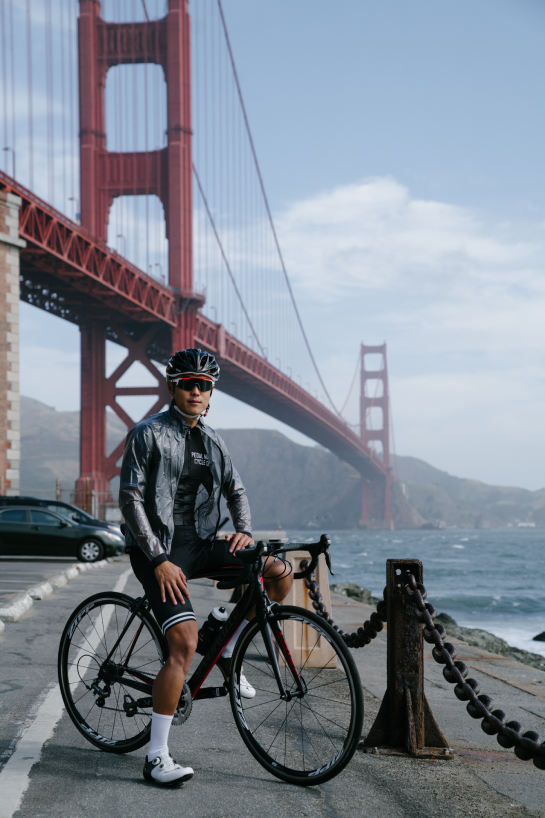 I’m a big believer in the humble bicycle - bikes have the potential to transform our cities. I was a founding member of the Bikes & Scooters team and led the design effort to develop a new line of business at Lyft. I designed our product experience and scaled our business from zero rides to millions, eventually growing our team to over 500 employees during the past 2 years. Our mobility fleet has since become a major part of Lyft’s overall business.

Lyft develops self-driving technology through its internal team, Level 5, as well as by partnering with industry leaders through its Self-Driving Platform. I was a founding member and design lead of the Self-Driving Platform team. I led the design team working on our rider app and in-car console for our partnerships with GM, Cruise, NuTonomy, Waymo and Level 5.

I was a key contributor on numerous Lyft app redesigns. I also led design for the Lyft Apple Watch app, Lyft.com, carpool, airport pickups, and scheduled rides. Over the course of my tenure at Lyft, I received over 15 patents, the most awarded at the company.

Camoji is a simple GIF camera that I cofounded and designed in 2014. We were featured as best new apps in the App Store and were ranked #4 photo and video app alongside Instagram, YouTube and Snapchat. Camoji was downloaded over 1MM times and was acquired by Lyft in June 2015.